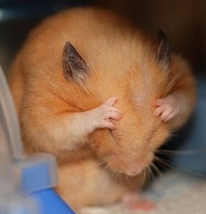 Despite the fact that alcohol hangover is omnipresent in throughout the world wherever alcohol is consumed, surprisingly little scientific research has been published on the topic. In their 2009 review of the topic of hangover, Dr. Gemma Prat and her colleagues sum up the state of the knowledge about alcohol hangover in scientific circles today. They note that there is not even a generally agreed upon operational definition of hangover. Only in very recent years have scales been introduced to measure hangover and most research available on the topic of hangover has not used any form of standardized scale. We will follow Dr. Prat in defining hangover as a state of distress which occurs after Blood Alcohol Content (BAC) has reached zero.

Not only do we lack an agreed upon definition of what a hangover is, we are also uncertain of mechanism by which heavy alcohol consumption causes hangovers, although there are several hypotheses about what might be happening. If you ever visit a web site which claims to explain to you exactly how a hangover works, then you may assume that the site is less than trustworthy--because we are still far, far from having all the answers to this question.

Some researchers have speculated that hangover is a form of minor alcohol withdrawal. There is overlap between some of the symptoms of minor withdrawal and hangover such as nausea, headache, and hypersensitivity to light and sound. However there are also some distinct differences. In particular, during a hangover the brain waves measured on an EEG slow down, whereas during alcohol withdrawal the brain waves speed up.

Acetaldehyde is not present during hangovers; by the time one begins to get hangover symptoms the acetaldehyde has already been metabolized by the body and is gone. Some researchers hypothesize that hangover symptoms are caused by the aftereffects of acetaldehyde on the central nervous system. This hypothesis has yet to be confirmed, although Dr. Yokoyama and his colleagues (2005) have found some evidence that individuals who have difficulty metabolizing acetaldehyde have more severe hangovers than do other people.

Alcohol causes the following effects both during and after intoxication

Congeners are chemical compounds other than alcohol and water which are found in alcoholic beverages and which contribute to giving them a pleasing color and flavor and smell. Examples of typical congeners are amines, amides, acetones, polyphenols, methanol, and histamine.

In 1970 Dr. LF Chapman did an experiment to see whether congeners increase the likelihood of people having hangovers. Dr. Chapman gave one group of subjects bourbon whiskey, a beverage which is very high in congeners. Another group of subjects were given vodka which is very low in congeners. Both groups were given the same dosage of alcohol (1.5g/kg). 33% of the subjects who received the bourbon reported hangover, whereas only 3% of subjects who received vodka reported hangover.

There are a couple of studies (Woo et al, 2005, Bendtsen et al 1998) which suggest that the congener methanol may be involved in hangover. Methanol is also known as methyl alcohol or wood alcohol and is a highly poisonous compound which can cause blindness or death. The human body breaks methanol down into the toxic components formaldehyde and formic acid. Trace amounts of methanol are found in alcoholic beverages, but they are also found in orange or apple juices.

In order to test the hypothesis that methanol is responsible for hangover it would be necessary to conduct the following experiment: a mixture of pure ethanol and water would need to be compared to a mixture of ethanol and water which contained a trace of methanol and both of these should be compared to water containing a trace of methanol. If such an experiment were conducted it would work to confirm or disconfirm the methanol hypothesis of hangover.

Alcohol metabolism produces an excess of NADH which leads to excessive production of lactic acid which in turn leads to lactic acidosis. Lactic acidosis could be responsible for the muscle cramps associated with hangover.

Other Factors Contributing to Hangover

In a 1993 study, Dr. E Harbourg and his colleagues found that people were likely to have more severe hangovers if they felt guilty about drinking; if they were neurotic; if they were angry or depressed when they drank or if they were drinking in response to negative life events

It is rather surprising that no studies have been carried out at all on the importance of eating well, being well hydrated, and drinking slowly on the severity of hangover. Based on our personal experiences here at HAMS we believe that avoiding blood alcohol spikes is of paramount importance in both preventing blackout and in reducing severity of hangover. We can only hope that these factors are researched in a scientific manner in the future. In the meantime we shall merely say that good nutrition can't hurt.

For more information about hangovers please visit our web pages:
Can You Prevent a Hangover?
And
Hangover Cures

Bendtsen P, JonesW, Helander A. 1998. Urinary excretion of methanol and 5-hydroxytryptophol as biochemical markers of recent drinking in the hangover state. Alcohol Alcohol 33: 431-438.