HAMS: Harm Reduction for Alcohol
HAMS in the News Media

HAMS in Reader's Digest March 2014 "I like to drink," says Jane, 54, who asked that her last name be withheld to protect her privacy. "I like the buzz." Losing her job in 2008 led the Virginia businesswoman to seek comfort in alcohol. "I didn't realize how much my identity was wrapped up in work. When I didn't have it, I was lost," she says. She liked to have a glass or two of wine at night to unwind, but over a year and a half, she switched from wine to vodka, polishing off up to a pint in a sitting.
Read more

HAMS in the Sage Encyclopedia of Alcohol January 2015 The HAMS Harm Reduction Network, Inc. is a free-of-charge, lay-led informational and support group for people who wish to make any positive change in their drinking habits ranging from safer drinking to reduced drinking to quitting alcohol altogether. HAMS is a 501(c) 3 not-for-profit corporation founded by Kenneth Anderson in the state of New York in 2007. The acronym HAMS stands for harm reduction, abstinence, and moderation support.
Read more

HAMS in The Fix March 27, 2013 Harm reduction is not a magic bullet to allow everyone to drink safely. HAMS is an option - a third way - for people who have been unable or unwilling to achieve either abstinence or moderation. We offer people a choice of goals - from safer drinking to reduced drinking to quitting altogether - and support for any positive change in drinking habits. For therapists seeking an alternative to AA and other programs for certain clients, we can be a valuable resource.
Read more 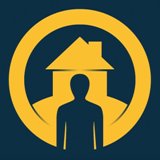 Substance.com articles by HAMS founder Kenneth Anderson January 15th, 2015 The Training Manual for US Addiction Counselors Is Full of Myths December 19th, 2014 Intoxicants in the Islamic World: A Rich and Telling History November 17th, 2014 Enough of the Media Distortions: Senior Citizens Are at Low Risk of Addiction October 24th, 2014 Addiction Treatment: Who Gets It and Who Needs It? May 15th, 2014 Guess What? Harm Reduction Is a Common Path to Abstinence From Alcohol Substance.com
More About HAMS
HAMS in the News Media
HAMS Corporate Information
HAMS Harm Reduction Professionals Google Group
HAMS Articles
Donate to HAMS

HAMS: Where Better is Better!
© 2019 The HAMS Harm Reduction Network, Inc.
HAMS is a 501(c)3 not-for-profit incorporated in the state of New York
Under 21? Please visit Students for Safe Drinking