HAMS: Harm Reduction for Alcohol
What Is Alcohol Tolerance? 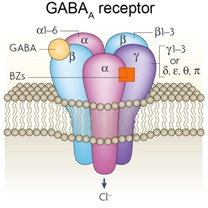 When the body and the brain are regularly subjected to alcohol over a long period of time certain changes occur which help them adapt to the presence of alcohol. The average human being metabolizes around one standard drink (0.6 oz of ethanol) per 90 minutes. In people who drink large amounts of alcohol on a regular basis the liver adapts to break down the alcohol more rapidly than it does in people who rarely drink. The liver does this by producing larger amounts of the enzymes which break down alcohol. Because the liver has become more efficient at breaking down alcohol, drinkers need to drink more alcohol in order to get the same effect. This is the role that the liver plays in the development of alcohol tolerance.

The brain also has a role in the development of alcohol tolerance. When the neurotransmitter systems in the brain are regularly exposed to large amounts of alcohol they begin to adapt to the presence of alcohol. The alcohol works to suppress the functioning of the neurotransmitter systems. For example alcohol affects the GABA system causing sleepiness and a reduction in anxiety and alertness. With long term exposure to alcohol the GABA system adapts so that the alcohol causes less relaxation, sleepiness, and dulling of alertness. Because of this adaption to the presence of alcohol by the brain heavy drinkers begin to require more alcohol to get the same effect.

Some interesting research has shown that not only are the body and the brain involved in tolerance, but the environment is involved as well. Both human beings and laboratory animals who are given their usual dose of heroin in an unaccustomed environment have been found to frequently suffer from overdose. Tolerance to alcohol or other drugs has been shown to drop significantly in novel environments.

Some heavy drinkers also begin to show reverse tolerance after many years of heavy drinking. This is discussed in detail in our web page What Is Reverse Tolerance.